Guide To Raising the Sick Villain 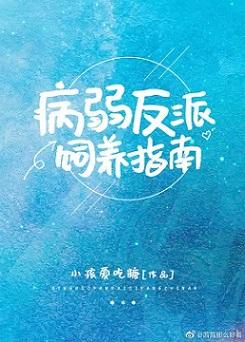 Qiao Lan transmigrated into a novel.

She became a cannon-fodder who was rescued by the heroine after being bullied. But was jealous of the heroine because of her love for the hero and ultimately ended up miserable.

When she first entered the novel, Qiao Lan met a cannon fodder more pitiful than her. He was bullied, severely autistic, and had crippled legs.

Thinking of the male partner who had only been able to live for two years, Qiao Lan had a distressed conscience and began to take care of the gloomy boy.

Tan Mo is the most popular character in a best-selling novel. Fans are dissatisfied with Tan Mo’s bleak ending, so they wrote a fan-made novel featuring Tan Mo. In the book, Tan Mo had crippled legs when he was a child and was bullied. Later, he stood up again and became a powerful businessman.

Many years ago, Tan Mo was still the gloomy young man who felt inferior because of his body. A friend laughed behind his back that he was a fool that could not stand. Tan Mo clenched his fingers on the wheelchair until they turned a stark white. Suddenly, a thin girl rushed in from the crowd and punched the laughing friend.

Qiao Lan looked carefully, “It’s not ugly at all.”

“Will you always stay with me?”

Tan Mo clasped her waist fiercely, “Then never leave me.”

Qiao Lan nodded because Tan Mo only stayed alive for another two years.

Two years later, Qiao Lan was hugged tightly by Tan Mo who was struggling to stand up. At that time, Qiao Lan realized that there seemed to be something wrong. She seemed to have transmigrated into the wrong book.