The Sick and Gloomy Bamboo Horse Was Stunned by My Kiss 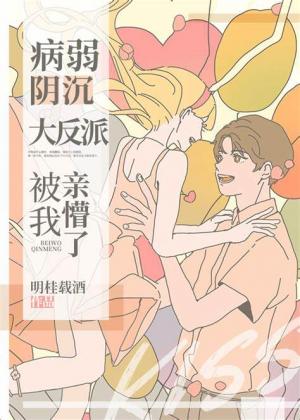 Xu Mingyi is good everywhere, bright and dazzling, just like the scorching sun in the sky.

The only bad thing is that there is a white moonlight in his heart, and he doesn’t like Jiang Ning at all.

This point, Jiang Ning didn’t understand – until he abandoned his fiancée, Jiang Ning, in the car accident and chose to rush to protect his Bai Yueguang.

Yan Yixie is always isolated from the world, cold and eccentric, and only to Jiang Ning will the ice and snow melt.

He has protected her through an unknown number of dark and narrow paths.

He has created a business empire, transferred all his assets to her name, and was determined enough to commit murder for her after her death.

But he still could only watch her avoid him like a beast in silence.

Once she opened her eyes, she had returned to her childhood.

Jiang Ning freely turned over a new leaf and offered a glass of wine to the past – just take those years she liked Xu Mingyi as being fed to the dogs.

In addition to using her rebirth to save her sick relatives and study hard,heading towards a career in the world,she firmly walked step by step towards Yan Yixie, who saved her life in the car accident.

Yan Yixie is still just a gloomy and pale boy living in a villa on the hillside. His father and mother don’t love him, his legs are crippled, and his temper is weird. He is a “devil” feared by the children nearby.

He is cold in nature, and after a fight with Jiang Ning over Xu Mingyi, he says “leave me alone” without meaning to.

But in fact, he still pushes the wheelchair to the corridor every day, waiting for her to come.

On this day, he thought Jiang Ning would never come again.

But Jiang Ning not only came, but even hugged his head, and gave him a loud kiss on the cheek.

“I won’t run after others in the future. You and I are the best in the world.”

Behind her, the trees in spring came to life again.

Yan Yixie was stunned for a moment, unable to believe it.

Xu Mingyi felt an inexplicable pain in his heart and began to panic.