My Husband With Scholar Syndrome 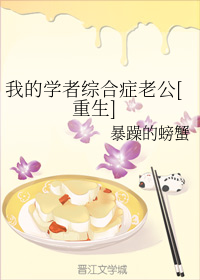 Mu Xiaoya lived for twenty-six years before she knew that she had a sudden genetic disease. There was no medicine for it, and there was only death waiting for her.

Before she died, many people came to see her, but she was most impressed by Bai Chuan.

Bai Chuan was her neighbor, an autistic child with scholar’s syndrome. At that time, his face full of scars was desperate: “I – I studied all your medical records, but I have no way to save you.”

Mu Xiaoya was stunned: “You are a doctor?”

Mu Xiaoya’s disease was a genetic disease. Unless the gene was changed, there was no possibility of cure. However, Bai Chuan was the only person who tried to cure her after she fell ill.

Mu Xiaoya: “Why are you going to cure me?”

Mu Xiaoya laughed: “If you marry me, you will soon become a widower.”

Bai Chuan, who has cognitive impairments, can’t express his meaning very well, and can only repeat it over and over again.

Later, Mu Xiaoya still died. When she woke up, she returned to the summer of her college graduation.

The starlight in the eyes of Bai Chuan was the most beautiful scenery that Mu Xiaoya had ever seen in her life.