Guide to Stabilizing the Blackening of the Villainous Husband 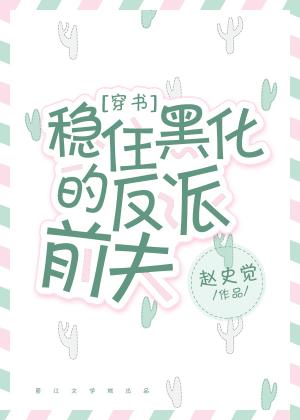 Ling Zhen transmigrated as a female cannon-fodder in a dog blood novel.

The female partner had plastic surgery done for the novel’s male lead, and then divorced her husband. The ex-husband blackened in the later stages of her life, becoming a big villain in the novel.

And she, for betraying her husband, and angering the only relative he had, was finally retaliated by the blacked-out boss, and is killed in a mental hospital. Orz

Fortunately! She transmigrated just in time and the big guy hasn’t turned black yet.

Appease his violent mood, change his paranoid thoughts, reform his antisocial behavior – at last! Transformed a black bomb into a good young man with a docile temperament and a positive attitude!

The potential safety hazard was completely eliminated, and Ling Zhen finally dared to leave with confidence, so she took out the divorce letter that year.

The next second, heaven and earth changed color, and the superficially good villain will be suddenly! instantly! blackened!

Ling Zhen was so frightened that she cried, “A-Anything else? QAQ”

Wei Xi suppressed his emotions disguising them with a smile, while the underneath of his eyes filled with real madness: “Yes, there is.”

Stay with me forever and don’t run away.

Wei Xi is sick. He has always known of the misery, paranoia, and possessiveness in his bones.

His little fairy thought she had cured him.

After possessing her, his sickness, worsened.