Who Dares Slander My Senior Brother 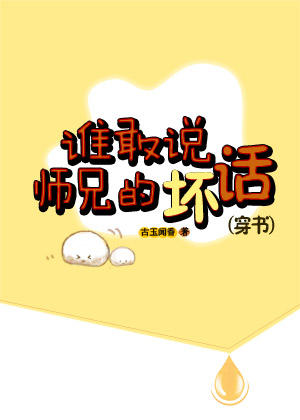 Transmigrating into a novel one morning, Wen Jing arrived at the side of the one he worshiped and admired the most, becoming a loyal hound that was willing to go through fire and water for his senior brother.

Even the most arrogant cultivator said: “There is no one in this world who can enter my eyes, but only Jun YanZhi is truly noble.”

Unfortunately, he was ignorant, and as for this novel, he had only read half of it.

Midway through the storyline, he finally realized that things didn’t seem to be the way he thought they were.

His master: “Nonsense! Your master was inside the abode all night last night, and did not see anyone else.”

Wen Jing: “Last night, Senior brother left on his own without permission to meet someone. Martial Uncle, please thoroughly investigate.”

His martial uncle: “Nonsense! Last night your senior brother and I were drinking and chatting merrily, all the way until morning.”

Wen Jing: “Last night, Senior brother was improper towards me……”

His senior sister: “Nonsense! How can your senior brother possibly do that kind of thing? Don’t tell me you’ve long held those kind of intentions towards him, and unable to obtain what you wanted, you’re now framing him?”

Wen Jing: “There’s this evil brute, specializing in using his top-notch, exquisite looks and elegant disposition to fool people, and everyone is in the midst of danger while not even aware of it themselves.”

Jun YanZhi: “If it wasn’t for you, that evil brute would most likely still be struggling in pain and suffering.”