Let’s Talk About That Guy Who Transmigrated to Pursue Me 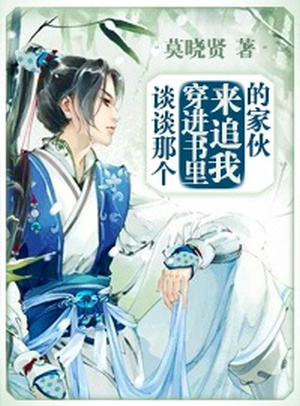 Wen Xuan was the head disciple of Water Cloud Sect’s sect leader. He spent the first half of his lifetime respecting his teachers and placing importance in the way of Dao. Friendly towards other fellow disciples, he was everyone’s role model.

He once believed that he would spend a lifetime like this. Until one day, he met a younger fellow disciple (shidi) who was unbelievably skilled.

This shidi told him that this world was actually a novel. And he, Wen Xuan, would become the most unsightly, petty little villain in this leveling up style cultivation novel. With the next half of his lifetime on a bumpy spiral downward after an erroneous decision, he will be betrayed and deserted by friends and family, casted away and end up dying miserably alone.

“After dinner for leisure, many people would use a mocking tone of disdain to discuss your disastrous life. But no one knew how you survived through all those years. No one saw how you struggled to hold on to your bottom line in your lonesome. No one cared about the suffering you experienced and your perseverance. But I saw it. I know. I care.”

“That’s why I came to this world. To become your support.”