Rebirth: The Journey of a Wife Spoiling Her Husband 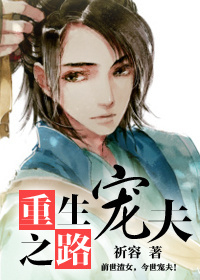 After being reborn she worked hard to stalk and marry her husband, abuse and punish her other scumbag husband, and embark on a journey to reach the pinnacle of life!

For the egregious crime of treason everyone in the Xiao House were sentenced to death.

At the execution grounds while waiting for her beheading, she stared at the youth sprawled on the ground in front of her. He had run over so hurriedly he tripped over his own feet, displaying an undignified sight. It made her smile thinking how stupid this person was. She had completely used and taken advantage of him from the day he forced her to marry him. Yet despite all the abuse she heaped on him, he still wanted to save her.

She opened her eyes again only to find it was the day before their wedding. That devious scoundrel… to make her his wife through underhanded methods… The memory of it still left a bad taste in her mouth.

She was going to grab this second chance and live it up! Extort all debts owed to her! Buff herself up and shine like a diamond!

But how was she to know that the husband she once hated was actually really loyal and gentle, soft and easy, and so incredibly sweet and delicious to eat! The shutters that blinded her eyes in the previous life were cast aside. She realized she didn’t know how to cherish the good things in life. So in this new one she was going to make sure to pamper and spoil the hell out of that husband of hers.