Xiaobei’s Life as a Proud and Respected Woman 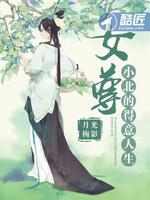 Li Xiaobei, twenty-three years old, graduated from medical school for one year, interested in adventure, raising flowers, small animals, sloppy, a little lazy, Xiaobei likes romance, loves fantasy, every day except for the lottery, it is imagined on TV or like in the book, it’s more fun to go through the fun on an ancient adventure. What is a dream come true? Xiaobei’s dream was realized, but it’s not one in five million, but an accident when it’s an adventure. Crossing over to this place? what! Female respect! Xiaobei is a bit silly. She always advocates equality between men and women and hates masculinity! But this is a female-dominated world, does it really exist? Is this a matriarchal society? No, this is ancient, but it is also not ancient. It looks like the Chinese Tang and Song Dynasties. Xiaobei doesn’t know what Tang and Song are, but doesn’t have books or television? Coming to a different world?