After Transmigrating Into the Cultivation World, the School Topper Was Reborn 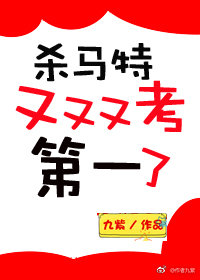 A rebellious girl transmigrated to the world of cultivation. Then she was reborn again in her world!

Having passed the rebellious period of youth, she decided to turn around and reinvent herself! She studied hard, and improved every day, struggling to succeed!

[Shā mǎ tè (杀马特) is an edgy aesthetic that comes from China. Very similar to Japanese Emo. Shā mǎ tè involves spiking one’s hair and dying it unnatural colors, dark makeup focusing on the eyes and lips, and shocking/statement-making accessories such as religious symbols, dog collars, or anything representing death and darkness.]

In order to resist the cold violence and injustice from her family, and to attract the attention of the family, the female lead became Shā mǎ tèi. After transmigrating through the world of cultivation, the female lead came back. She realized that the rebellion had no effect other than wasting her own life. She no longer needed any attention. She studied every day and get to the top in the face of her despicable family.