Rebirth to Eighties: The Villain’s Mother Raises Her Cubs Daily 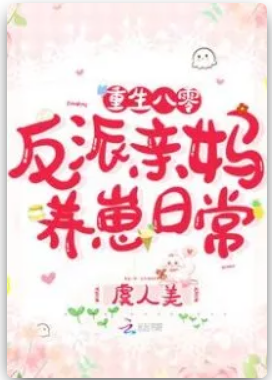 Jiang Ran, a heir to a family of traditional Chinese medicine, has developed new medicines and won numerous awards, but what she wanted was cooking and eating delicacies.

After years of diligence, Jiang Ran finally won the National Food Contest, but she transmigrated into a book. She was divorced by the male protagonist of the book and eventually died on the street.

The original owner in the book has fat head and big ears, oily pox on the face, lazy and selfish.

Before she divorce by the male lead, she bullied the male lead’s parents, siblings, and after the divorce, took their son to the streets.

Jiang Ran who transmigrated in the book: “…”

Jiang Ran transmigrated in the book.

In order to avoid tragic death on the street, she cook food, open restaurants, save people diligently, and treat more illnesses.

She paid off the money that the original owner owed to her in-laws and raised the son who would become the villain in the original book.

As for the husband?

“When will you come back, and ask for a divorce!”

Pei Huai is about to graduate and is going to go home.

But he found that the content of the letter sent by his younger brother and sister had changed recently.

Pei Huai felt that things were not like it should be, so he decided to go home and have a look.

As soon as I entered the house, he faced a bright and beautiful face: “Husband is back? Did you come back for a divorce?”

Pei Huai said shamelessly: No, I am not!