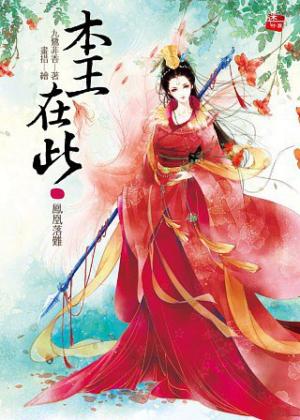 Of the ancient gods only one remained in the world. This god lived alone for thousands of years and no longer had any desires. Legend had it that during the great war between the worlds he used his powers to turn the tide managing to seal the cataclysmic rift bringing order back into the three realms. Time flew by and hundreds of years passed in the blink of an eye.

In this time Shen Li was born into the demon world. Known as the Azure Sky King she was used to living a bright and dazzling life full of successes. Little did she know that her 1000th birthday would bring misfortune to her doorstep – a politically arranged marriage with her name on it. The Azure Sky King would henceforth marry the thirty-third grandson of the Heavenly Emperor, Fu Rongjun. This arranged marriage was meant to unite the Heavenly realm with the Demonic Realm, bringing the two together. Most would consider it good fortune to be related to the Emperor.

Unfortunately Fu Rongjun was infamous throughout the two realms for his Casanova personality. As the King who called the shots in the Demonic Realm, she had the ability to quell uprisings and end wars with a swing of her silver spear – there was absolutely no way she would marry such a flirtatious idiot. She had to escape from this marriage somehow even if it meant death!

In her escape Shen Li, never expected to meet a man that didn’t belong to any of the three realms. This oddball was truly strange!