Who Moved My Mountain 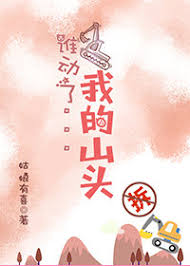 Yun Rong, the mountain demon, had slept for 2,000 years. She could only be awakened by the offering and prayers from the common people. However, one day she was rudely awakened by a weird machine called excavator.

Yun Rong was really angry. Which wicked person dares to move my mountain! She decided to show herself to the person in charge to resolve the situation.

Yun Rong: “Who permitted you to move my mountain?”

Yun Rong: “Outrageous! Take me to see him!”

The Development Manager disdainfully said: “Do you think just because you want to see our General Manager you could meet him?”

Yun Rong modestly asked: “Then how could I meet him?”

Development Manager: “Minimum you have to be worth 100 million!”

From then on, Yun Rong went down the mountain to raise her worth to at least 100 million only to discover that the world had changed a lot after 2,000 years. Apart from blessing the common people with good weather for crops and abundant harvest, she couldn’t do anything else. She realized then it would be quite difficult to raise her worth to 100 million.

Lu He Nian said pamperingly: “Not difficult at all. What’s mine is yours.”