Demon King/The Parting of the Orchid and Cang 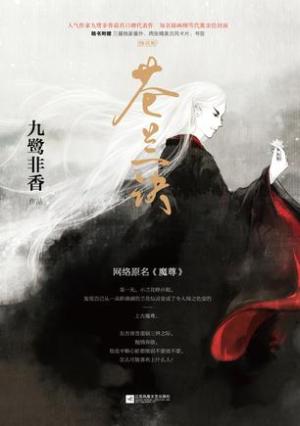 After hatching endless plots and suffering innumerable hardships, the demons of the Demonic Realm finally managed to resurrect the Ancient Demon King.

The demons of the Demonic Realm had hoped that the Ancient Demon King would not only lead them in waging a war against the Heavenly Realm and enable them to lord their superiority over the Immortals, he would also ultimately gain control over the entire realm.

Gradually, however, they discovered that their thoughts were very, very wrong.

Whilst it is true that this Ancient Demon King still retains his aura of superiority and possesses unlimited powers, he…

He seems to be a mental case…

It’s alright even if he changes orders and does things in an incomprehensible way.

But what’s with his habit of muttering under his breath, nagging and conversing with himself the entire day!

Dong Fang: I am only unable to endure seeing you live a good life.

*T/N: The Chinese pronunciation for the word “despicable” is the same as the word “see” – thus, the author is trying to show that Small Orchid, while trying to scold Dong Fang, is also careful not to incur his wrath, which is why she tried to imbue another meaning into her sentence after scolding him.