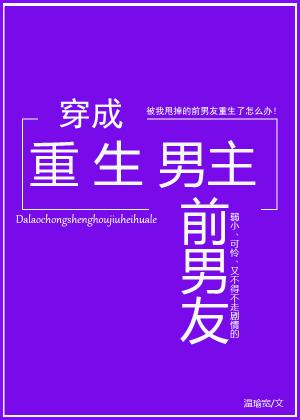 The Song Xuanhe in the book: 180 cm tall, so attractive he would trump over even the hottest celebrities, three generations of family in business–a very appropriate rich third generation.

It wasn’t a loss to transmigrate into this kind of person. It was just that this was a rebirth story.

The Song Xuanhe in the book abused the male lead 800 times and had even indirectly caused the male lead’s death. Faced with the reborn blackened male lead, his fate was obvious–not only did he reach rock bottom, he even died without an intact corpse.

Right now, he had become the cannon fodder ex-boyfriend that was foreordained to die without an intact corpse.

System: Don’t you think that the male lead has been a bit strange recently? It’s like he’s plotting something in the dark.

Song Xuanhe: Plotting how to kill me?

System: No, plotting how to eat you.

Song Xuanhe, who was lying on the bed with an aching waist, pained back and legs suffering from cramps, cursed the System 800 times–what happened to the male lead being a shou?!