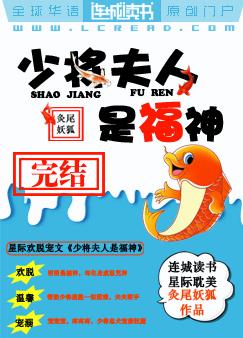 He had taken the shape of a human being recently with the ability to predict fortune and change luck.

He was supposed to be a popular Mr. Lucky but who could have thought that…

“Sir, your forehead is covered by gloomy air. I’m afraid there is a looming threat of fatal disaster waiting for you…” Yu Jinli said with all seriousness.

All of a sudden, a big flower pot descended from above and hit that man directly on the head.

“Buddy, the top of your head is green. I’m afraid that…”

Before Yu Jinli finished, the young man opposite him received a call and headed to a hotel nearby to catch his girlfriend in the act of adultery.

Everyone cried: Lord General, please take good care of your wife and don’t let him throw curses around… TAT

The nationally acknowledged most perfect man, the young general: Dear, don’t get upset because of those shortsighted men. Come home with me and I’ll make you chestnuts roasted with brown sugar. (Translator’s note: The Chinese character for chestnut is the same as the Chinese character “Li” in “Yu Jinli”)