President, Our Egg Is Lost 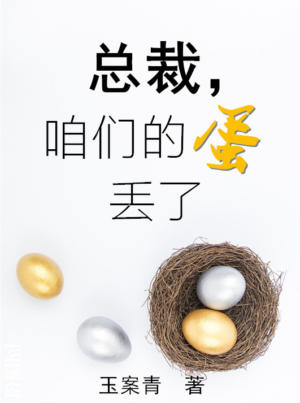 A Certain President: Did you lay an egg? Have you lost your egg?

Ji XiaoYu: No, we lost our egg!

According to the legend of Jianghu, rooster eggs can have a great effect as a tonic. If eaten by ordinary people, they can prolong their life, while if eaten by magical beasts, they can greatly increase their power.

One year after the pheasant spirit, Ji XiaoYu, entered the land of humans, he suddenly laid an egg, but he couldn’t remember who the other father of the egg was.

While working hard to earn money to save up for powdered milk and having to also protect the small egg from all sorts of bad characters, this pheasant’s life is really difficult.

Unfortunately, there is also a careless belly black husband entangled with him all day long, bothering this young man to rely on him, asking him not to be afraid!

Joke title: “My Son’s Wife Laid an Egg and Then He Lost It; Asking Online: How Is This Possible, etc., It’s Urgent!”