The Hero Suddenly Proposed to Me, but… (LN) 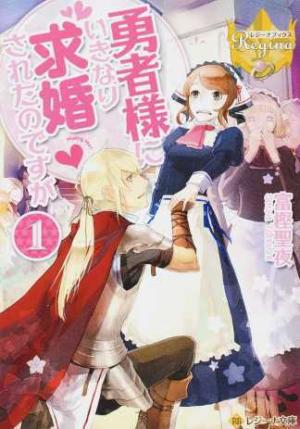 Having rescued the beautiful princess who was kidnapped by the Demon King, the Hero’s party returns. That Hero, the King said, could take any reward. As everybody expected, the Hero said. “I love you.” Taking my hand, the princess’s maidー But IーI’m a mob character!?

This is about a maid with a predisposition to retort [tsukkomi] and the history’s strongest Hero, a promise of disregarding a new sense of fantasy romantic comedy.