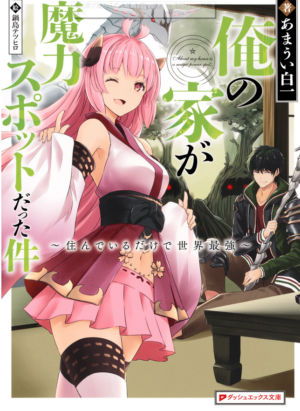 Living carefree at home is the greatest shortcut—- My house is the world’s greatest magic power spot, that being the case both my house and I were summoned to another world by some guys who were aiming for it. However, I’ve been living in this place for many years and my body is, apparently, abnormally overflowing with magic. Due to some unforeseen circumstances by those guys who summoned me, they quickly ran away. Be that as it may, there are some ill-mannered people who covet the magic leaking out of my house. I won’t give up my house to those people! I’m going to wield my power as I please!