Rich Parents and Hot Shot Brother Found Me At Last 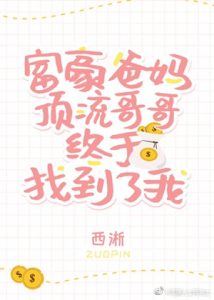 The long lost daughter of the Lu Family had been found!

She was abducted by human traffickers for more than ten years, her life was ruined.

When the Lu Family first saw her they felt that something was not right about their daughter. They didn’t dare to ask why her assets were not developed. They only hoped for her to be happy

Lu Wan lived like a weed. He became a 17-year-old punk. She was even registered as a “male” in the family registry.

Then one day, suddenly, she turned from being a drifter on the street into a daughter of a wealthy family.

Lu Wan felt very good, she just wanted to be an ordinary girl.

To study hard, spend her years peacefully and not engage in any quarreling or fighting.

After some time, the seemingly guilt-ridden family members and those bystanders who were waiting on the side to ridicule her when she made a joke of herself, all felt that there was something very wrong about the situation.

The family found me disguised as a man for 17 years and thought that I was pitiful, but they were very wrong.