My Whole Family Are Villain 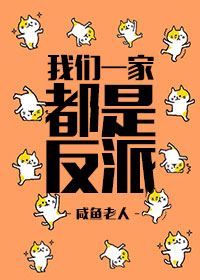 Fourteen years old Su Bei almost died when she had a high fever, got transmigrated into another world and finally knew a shocking truth: it turned out that the world they were in was just a novel, and her whole family were villains.

The woman who gave birth to them was the cannon fodder in the novel. She and Su Xiaobao were written like this in the extra chapter: one was a little bastard who try to bully the male lead’s daughter and eventually got thrown into prison; the other one was an escort, who after failed to seduce the male lead finally was killed by an evil director. They also have a dad whom they never meet, the biggest villain in this book.

Back to her original world, the first thing Su Bei did was taking Su Xiaobao to find their father.

Su Xiaobao: Call him what?

Su Xiaobao: I don’t want, do it yourself.

Looking at the two dirty children in front of him, Mr. Qin’s eyes showed disgust.