Villainess Wants To Turn Over A New Leaf 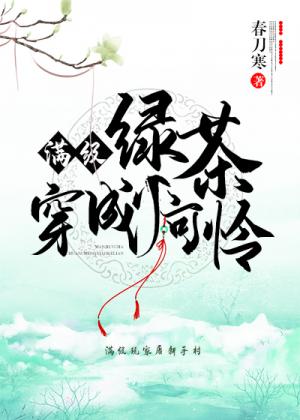 Lin Feilu, or better known by her nickname—Green Tea Princess, was the best of all the scheming b*tches that the world had ever seen. She was the Oscar-winning actress among the masses with real life as her stage. Acting coy, slandering, feigning innocence, or playing the saint, she aced it all. Simply put, she was the proverbial villainess.

Ah, but retribution came way too early for this malicious personage and she died on her 27th birthday.

In death, Lin Feilu reflected on her career of 20 years as the Green Tea Princess. She was full of regret and remorse over the life she once led. She vowed, if there was an afterlife, she would atone for her misdeeds and be a good person.

She transmigrated into a five-year-old princess of the Dalin Dynasty. In the name of family, she had a sickly mother disfavoured by the emperor, a mentally challenged and daft older brother.

Her life was constantly in danger, with having little to eat and trying to stay warm.

The living environment was very harsh.

Lin Feilu, who wanted to be a good person: … You forced me! Sorry, I can only activate my unique skill.

Apologies, but let me show you what it means to be slaughtered by a maxed out player.

The powerless country of Song offered their prince up as a hostage. Charming and handsome, he who seemed absolutely harmless to humans and beasts, spent difficult days in the Dynasty of Dalin.

Lin Feilu, who attached great importance to good looks, often lent a helping hand to help this poor little one.

Later, this little poor one grew up to be a great devil.

Upon returning to his country and killing his father to seize the throne, he led an army of one hundred thousand cavalries along the Huai River.

Donning a dark, black armour and crimson cloak he wreaked havoc in the wind. With a smile, he said, “Go back and tell your emperor, I only want Princess Yongan.”

“I’ve been a schemer all my life, but I didn’t expect that in the end, I would fall into the hands of someone with an angelic face and a fiendish heart.”

Lin Feilu: “You played me!”

Song Jinglan: “You let me win, I was merely acting along with the Empress.”

Note: “Green Tea” is a woman who presents herself as innocent, sweet, and kind but is very scheming and calculative in reality.