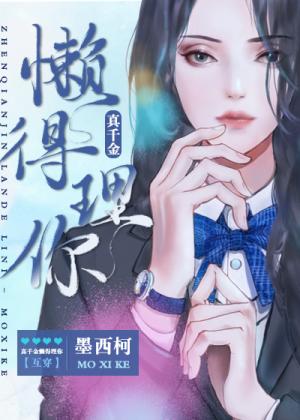 There was a big scandal in the Mu family.

The real daughter of the Mu family was switched by the nanny since she was a child. The Mu family didn’t bring her back from countryside until 17 years later!

After the true daughter returned – There was no affection, only sympathy.

The Mu family parents asked her, “We have a deep relationship with Yaoyao. We can’t let her lose face. We can only announce you as an adopted daughter to the outside world. You won’t blame us, right?”

Her fiancée also said: “My fiancée can only be Yaoyao! Get out of here country bumpkin.”

The attitude of her older brother Mu Qingyi was even more complicated.

Yet despite all that, the real daughter, Xu Xinduo, said indifferently, “It doesn’t matter.”

From a young age Xu Xinduo could swap bodies with a certain teenager. That teenager would always exclaim in an annoyed tone, “Let’s switch bodies, I just don’t feel like taking piano lessons.

Xu Xinduo helped the teenager to win various trophies, become a top student and honed his noble temperament and talent after taking over his body.

At a banquet, everyone in the Mu family watched as a rich young master strode towards Xu Xinduo and said, “Be my girlfriend, although you are from a small family… you are very beautiful.”

With a smile Xu Xinduo replied, “I’m starting to miss my parents already.”

Such a quick change of attitude?!