Married to a Disabled Man in the 70’s 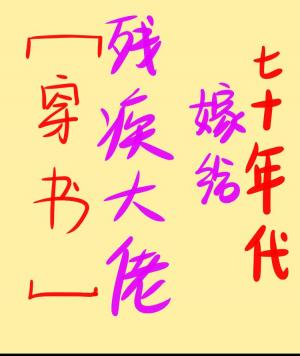 In the book of a certain era, there was a female lead who first took a fancy to the face of the male lead and married him forcefully. But because the male lead’s legs got injured, she wanted to escape from marriage.

During their engagement, she eloped with a young man, which resulted to the blackening value of the male lead.

When Su Jiaojiao transmigrated to this role and faced her husband’s black face, she forcefully changed her words: “Marry, how can I not want to marry!”

The next second, a mechanical sound rings in her mind: [The matchmaker system is activated, host Su Jiaojiao is bounded successfully. I wish host and husband a long life together!!]

Matchmaker System: [Please make a delicious meal for your husband and get his praise. You can get a bag of wheat flour after finishing.]

Su Jiaojiao dropped down a bowl of noodles and delivered them to the man in front of her.

Su Jiaojiao took half of the noodles from the man and says: “Sincerely! Otherwise, you won’t eat the remaining noodles! “

Song Qinghan, whose family didn’t love him, had suffered all kinds of hardships in order to survive. One day when he broke his leg, he thought he would fall into the abyss again, but he was pulled up by a ferocious voice: “Say I love you three times, or you won’t eat it!”

Song Qinghan, with a red face and earnestly said, “I love you, my wife!”

After shouting, he buried his face in his wife’s neck and murmured, “JiaoJiao loves me so much!!” I’m too shy!