Jin Wang Dotes on His Concubine 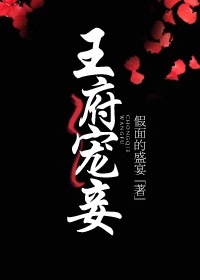 Yaoniang was the concubine of Jin Wang in the last life, but she hadn’t been doted for a few days before she died.

After resurrecting her life, she decided to live safely and protect herself. So she would do a job well as a wet nurse and never pursue luxurious life.

However, it never occurred to her that stern-faced Jin Wang who only did something without saying in last life now became so initiative.

Everyone in the world knew that Jin Wang had a concubine which was doted by him as early as he lived in original place. After entering the royal palace, she was even more prestigious and Jin Wang only doted her in imperial harem.

There were many rumors in the folk villages about the concubine. The only thing that was well known was that before she entered the royal palace she was a widow and it was said that she also had a son.

During the time Jin Wang became the emperor, he was diligent and manged the country well. He worked hard to improve his governance as a wise emperor. However, he was frequently crazy about the concubine, which made people criticize a lot.

And one of the most absurd things he did was to recognize the son the concubine had as his own kid.

To this, Jin Wang personally came out to refute the rumor: “It’s my own son.”