Cannon Fodder Fake Master Was Stunned After Being Reborn 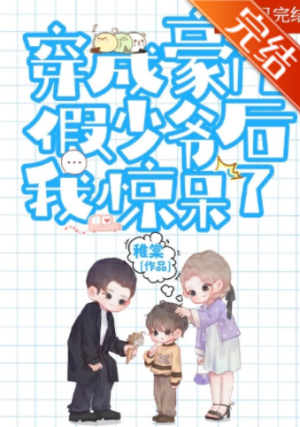 It was only after Jian Xingsui’s death that he realized that he was the cannon fodder in a book with a dog-blooded plot. He was a dumb and s*upid fake young master in it.

​In the book, he was reluctant to return to his poor ”biological” parents. He was greedy of the Jian Family’s wealth and also wanted to suppress the protagonist shou of the book, the real young master. With the tricks that he had personally thought out of his pig-headed brain, he finally succeeded in making everyone in the family annoy the hell out of him:

His former CEO elder brother: “I don’t have a younger brother like you.”

His former star second brother: “Never mention to anyone in the entertainment industry that I used to be your brother!!!”

His former father: “Get out, I’m so disappointed in you.”

​​After that, he was kicked out of the house and had a terrible ending.

After the rebirth, just when it was the day when the protagonist shou came up to his door, instead of waiting for his family to talk to him, he took the initiative: “You guys won’t have to say anything, I am willing to leave the house!”