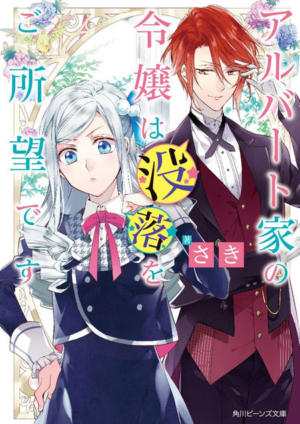 Noble’s daughter Mary Albert, in the middle of the school opening ceremony, remembers that this world was an otome game she played in her previous life, and she turns out to be a character from that game. The Mary inside the game was a villain, harassing and interfering with the heroine, and was met with destruction at the end – the so called ‘villainous girl’s downfall route’. And so the obvious reaction is ‘This isn’t a joke!’ and carefully avoids the destruction end…… or not!

Instead she trudges headlong towards the destruction end!

“The one who will have the last laugh, will be me!”

Involving her attendant, Addie, the deadline is one year! Will she obtain the same result as the one depicted in the game!?