Today’s Dinner is the Hero 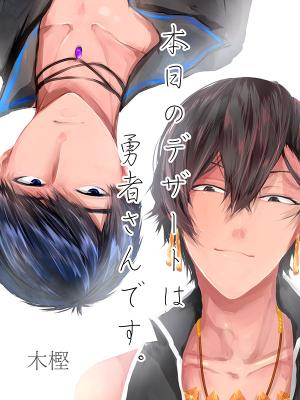 Shouryuu, a hero tired of his day-to-day life of working without getting paid, after being forcibly summoned, was driven out of the castle to kill the Demon Lord. He marched alone into the Demon Lord’s castle in the demon realm out of desperation, but was easily defeated.

He, who had prepared himself for death, wakes up confined in an iron cage on top of an excessively luxurious bed.

“You can’t put an injured person inside a cage, y’know?! It’s my fault for accidentally turning into my final form anyway…!”

“That won’t do, my lord! That hero is a dangerous berserker who hunts demons! What would you do if you were bitten!”

This is a story about the unfortunate, hardworking, corporate slave hero who was demoted and exploited (in the human realm), and the awkward, human-like, tsundere Demon Lord who is keeping him as livestock for his blood, trying their best to get along with each other.

Most of the characters are good people.