Never Thought You’d Be This Kind of Hero! 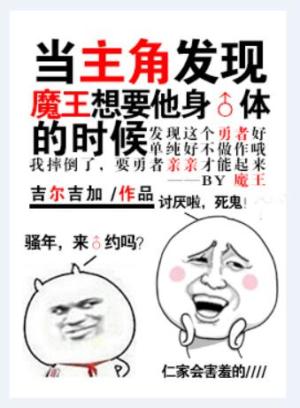 Xu Jun finally defeated the BOSS–the Dark Demon King, in this stand-alone, virtual reality game. When he wanted to go out to browse Weibo and express his mood, he suddenly encountered a game BUG and immediately passes over to the game world.

He became the man who finally took down the Great Demon King in this world. Gratifying! The attention of millions of people!

……However, he did not know the development of this world was not the same as the game, the Demon King did not die, rather his soul entered into Xu Jun’s body; this Demon King knows of all the stupid things Xu Jun does everyday…….

[At the start, the Dark Demon King wanted this hero’s body.]