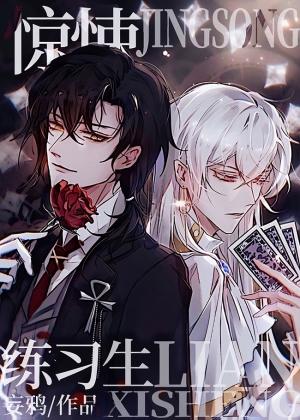 The downhearted magician Zong Jiu transmigrated into a book.

He transmigrated into a horror, infinite flow, draft of a novel, and became the glass cannon fodder who died tragically in the first round of the competition

This draft was very interesting. Out of tens of thousands of people, only a hundred people could survive, and the center (strongest person in the team / team carry) could even get a universal wish ticket.

If it was someone else, they’d probably be scared to death. No one expected that Zong Jiu was only unafraid, but could also carry the whole way, shamelessly showing off his tricks all the time. Once his tricks stopped, and his life could be considered safe and sound, but he ended up in a rivalry with the novel’s big villain.

Today you try to get at me, tomorrow I’ll get you back, back and forth, it’s pretty fun.

As a result, though it was just playing around, one time they got carried away and really did end up sleeping together. Watching the old enemy who was pressing him to the ground, Zong Jiu lazily lifted his gaze. “If you want to kill me then kill me, don’t speak nonsense.” Even when at a disadvantage, he showed no trace of fear, and actually continued to provoke him.

That person used his ice-cold finger to trace his ear, and the action heading toward the aorta suddenly stopped.

He was once very willing to personally give Zong Jiu death. Every day, he used to regret not gouging out his flesh, personally snapping his neck. But after this person fell into his hands, another, more urgent desire grew like weeds.

Compared to winning or losing, he would rather see him crying and panting, with eyes red, begging for mercy.