The Troublemaker Daughter of the Grand Duke Wants To Live Alone 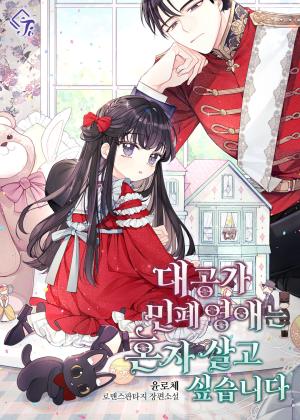 I possessed the cliché villainess.

It was Mary Conler, a villainess who was eventually exiled out of the country for harassing the female lead.

Being abducted at birth, once she returned from the orphanage

She was called the troublemaker of the Grand Duke Conler’s Family.

Being thrown away by her father and brothers who held no affection for her.

I made a resolution.

Let’s live as quietly as a dead mouse, then run away to a foreign country with some living funds.

My dad, who I thought didn’t love Mary, suddenly became a fool for her daughter

My brothers clung to me,

One of my goofy cousins was growling with my fiance.

My fiance, the prince, was angry at the idea of breaking off the engagement,

And the original heroine asked me to run away with her.

I guess I became a nuisance in a slightly different way?

Why the hell were they being so nice to me?

My dream is to be single!