The Reborn Otaku’s Code of Practice for the Apocalypse 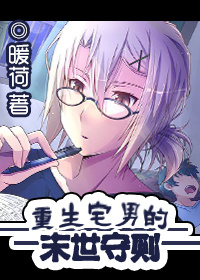 Lacking a pocket dimension, lacking a power, lacking a thigh to hug onto and the three life advantages (money, power, and looks), he had been cautiously living in the apocalypse for ten full years, getting closer to falling into the zombies’ mouths, but unexpectedly he had the bad luck to be caught in a fight between two gangs and die, it really left people feeling disappointed.

But when he opened his eyes, he had returned to a decade ago, three months before the apocalypse!

Like before he still lacked an ability, an ordinary person without a pocket dimension, but he did have ten full years of experience in living in the apocalypse! Even if he didn’t fight zombies, didn’t hunt monsters, he could still live a careful farming life in the safe zone.

Find a safe house, utilise all kinds of skills from his previous life to farm in exchange for meat, and if possible, find a person to peacefully spend the rest of his life with; ordinary people had their own ordinary little pieces of happiness.

Originally believing he had picked up a beauty he returned home to prepare a golden house, but on the contrary he was the one being pushed down……someone once said, whether it is people or matters, by no means can you only look at the surface!