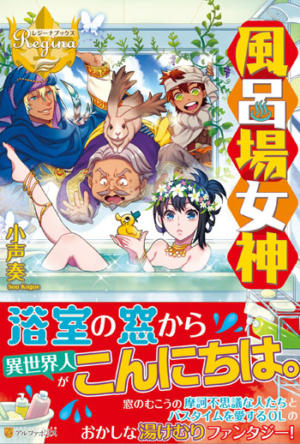 “Would it be possible for you to spare me a cup of water?”

This conversation that was obviously mismatched at a glance, was the meeting between the Japanese company employee, Tamano Izumi, and the one who would later be known as the Sacred Kingdom of Yohk’Zai’s strongest and greatest king, Huuron.

While she was in the middle of a bath, the bathroom window connected to a mysterious world. Izumi was just enjoying her baths while she bartered things with the various people that appeared beyond the window, but before long, she ended up deeply affecting the fate of that world…