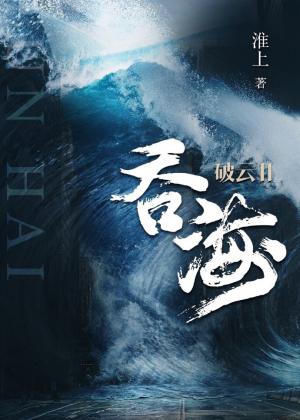 Those prying feelers are concealed within the depths of the Internet; ubiquitous and endlessly multiplying, they are gradually drowning every corner of modern society.

“Within the abyss is concealed a massive, intricate, and deeply-rooted criminal network; the ‘Mariana Trench’ is much deeper than the police realize, yet also close behind us–“

Jinhai City Public Security Bureau newcomer Wu Yu is meek and mild, a man of few words, and completely unconcerned about the trials and tribulations placed before him by his strict boss. All he wants is to simply get by at his job, be paid on time, and play the role of a background actor.

Nobody knew that this young man had a massive bounty placed on his head by a drug lord, as well as the youthful heroic spirit of a dragon-slayer from the abyss.

Tentacles encroached under the concealment of the tides of the Internet, ubiquitous and endless, gradually inundating modern society from every corner to the top.

“A behemoth is hidden within the abyss. The complex and deep-rooted criminal network ‘Mariana Trench’ is far more elaborate than what the police is aware of, yet is close behind us——”

A newcomer to Jinhai City’s Public Security Bureau, Wu Yu is a gentle, timid, and a person of few words. Uncaring of the difficulties intentionally placed upon him by his strict superior, he simply wants to be a background actor that is paid on time and able to feed himself.

Nobody knew that this young man had a bounty placed upon his head by a drug lord and that he had the youthful heroic spirit of a dragon-slayer from the abyss.

A contemporary urban crime story about a health-conscious, passionate about health maintenance, and erudite elite gong with a cold, strict and forceful approach & a shou that muddles along, doesn’t want to work, and loathes the most throughout his entire life, erudite people and being led around.