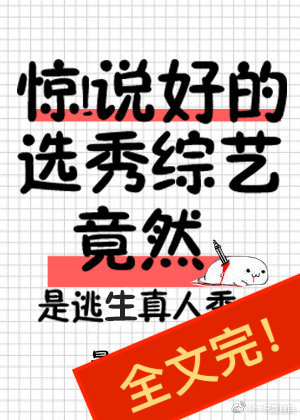 Wu Jin, as a trainee from a certain entertainment company, had a peerless, stunning face. He was qualified to debut as a lead performer even if he just sat there and did nothing.

After signing up for a certain talent show, the shining path to stardom beckoned to him––

Wu Jin: Hold on, why is this show different from what we agreed on? Wasn’t it supposed to be about jumping around, dancing, and singing songs? Why do you have to send me out into the wilderness…

Program Producer: You’re a once-in-a-century high appearance value competitor! We’re relying on you to save the program’s ratings!

Wu Jin: … I seem to be on the wrong show. Wait a minute, this isn’t an idol show, it’s a fighting survival reality show ahhh!!

Ten months later, the little cutie who had been thrown into the show––

Turned into a human weapon.

Round One – Wilderness Survival

Round Five – Palace of Versailles