Spending the Villain’s Money to Extend My Life 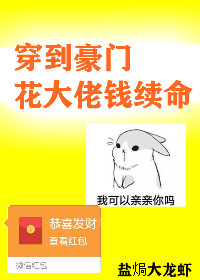 Gu Shishi, a master of traditional Chinese painting, transmigrated into the role of a cannon fodder in a cliché novel.

The cannon fodder female supporting character was switched at birth. She had barely spent a few days with her biological parents before she was tossed into the wolf’s den by those same parents. Her parents, having no heart to send their fake daughter with a heart disease to live a hard life, forced the real daughter into becoming the replacement. Gu Shishi was sent away to marry the big villain – the rumored evil, cruel, and wife-cursing first young master of the Huo’s.

On the very first day that she had transmigrated, she had to face her fated tragic death….

Luckily, she had also inadvertently discovered the path to altering her fate!

— The more gifts she received from the big villain, the longer she could live and the more cheats she would gain!

(Recharge to extend your life.)

(Method of Recharging: Receive Money or Valuables from Wealthy Husband.)