My Husband is Suffering from a Terminal Illness 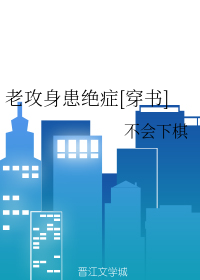 Xie Yang has spent many years in the apocalypse and is tired and worn out. Then he transmigrated into a simple and superficial novel about the entertainment circle.

The protagonist of the novel was handsome, smart and reborn. The female protagonist of the novel was beautiful, inspirational and had a golden finger. Some male and female roles were also beautiful and had a deep background. If he casually transmigrated into one of them then he could close his eyes and enjoy himself. However, he didn’t transmigrate into any of them and instead became the hidden husband of the biggest villain in the novel, the male protagonist’s uncle.

He was called a husband but it was more similar to a babysitter. This was because the biggest villain in the novel was a terminally ill patient with a terrible personality and a sick brain (really sick). They got married for the sake of happiness.

Xie Yang: It doesn’t matter if you are the male lead, the female lead or the villain, whoever dares to stop me from living a comfortable life will die.