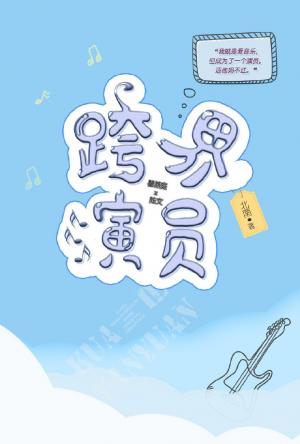 “I just love music, but I became an actor instead, and I’m not even popular.”

The eighteen tier young actor Lu Wen had low EQ. He had talent for acting but no foresight. On the first day of joining the filming crew, he offended Qu Yanting, a big screenwriter in the circle.

Lu Wen: It was not intentional.

Later, he thought that Qu Yanting would use his position as a big name in the circle to take revenge, using upspoken rule on this small fresh meat then using money to ruin his reputation.

Repeatedly jumping between being turned over and overturning, fighting with traffic actors, making daring statement, face-slapping program group, abandoning the script on reality show, Lu Wen: I like Teacher Qu very much.

From the 18th tier actor to a popular actor, from being blacken by the whole internet to a great god, at last the silly Lu Wen finally became a qualified star.

Lu Wen: Thanks to Teacher Qu for not abandoning or giving me cold shoulder!

The silly and straightforward gong who love music vs. cold on the surface but actually warm inside shou who had social phobia.

Qu Yanting: I will improve your IQ for you, and you will treat social fear for me. This is probably love.