I Rely on Kisses to Clear Survival Games 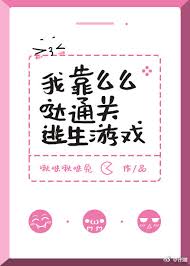 Cheng Zhi Chu was pulled into an infinite stream of horror games. If he didn’t clear them, he would die.

But can someone tell him why others clear the games using violence and force but his method of clearing the game is by kissing the boss?!

Cheng Zhi Chu: I am a straight man. Even if I kill myself or am killed by monsters, I will not kiss the boss!

Bai Yi had been trapped in the game for many years.

Rather than exploding in anger in the silence, he had turned crazy. And so…….he split himself. His soul was broken into many pieces and each of them became the boss in the games.

But, regardless of how the soul was split, from the beginning to the end there was one thing that didn’t change —–He, likes Cheng Zhi Chu.

Every fragment of his soul was utterly in love with him.

It was also because of this that he and every fragment of his couldn’t stand seeing people other than himself getting close to Cheng Zhi Chu —- Even if the other party used to be a part of himself.

Dark desire gradually surged inside him.

Anyone who gets between him and Cheng Zhi Chu——even if it’s himself —– he would kill them all.

“The person who you should really kiss……is me.”