I Am A Matchmaker on Taobao 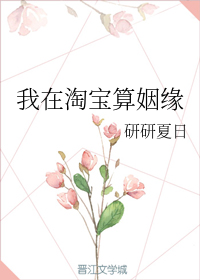 Other titles: “I Can See When You Get Married”, “I Know Who Your Future Husband Is”

After waking up from a car accident, not only was I alive, I had also gained a new ability. If I stare at someone or a photo for three seconds, I’m able to see whom and when they shall marry…

The 18th tier small-time actor Shen Chuchu knew that with this skill, her mother would never have to worry that she will starve to death again.

She would put down her roots on Weibo first, then open a matchmaking store on Taobao.*

“Your husband is a close friend and you will be married in March next year. You will have a happy marriage.”

“Your husband will appear at your company’s dessert store soon, so remember to keep a close watch every day.”

*TL-note: Weibo is a popular social media app in China with functions similar to Twitter. Taobao is basically the Chinese eBay/Amazon.

A certain director’s wife is going to have an accident soon?

One day, someone came to her for matchmaking.

“Sorry, lady. Fortune-telling requires fate, and it seems like we don’t have that between us.”

“Isn’t this just about money? As long as you can figure out my son’s marriage, I can pay you tenfold. No matter how much!”

F***ing hell, it wasn’t that she wouldn’t predict the match. The arrogant CEO’s future spouse was actually her.