I Advise You To Like Me As Soon As Possible 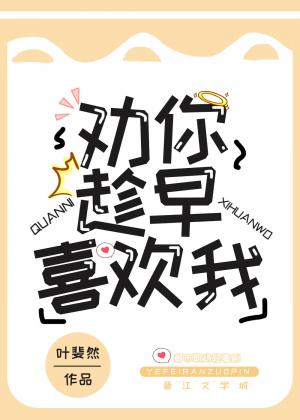 Not long after Ning Wan was ‘banished’ by the headquarters to become a *community lawyer at Zheng Yuan Law Firm, another victim was exiled and joined her.

An aura of someone who wouldn’t get any screen time even on his death in a dynasty drama. If he were to become a community lawyer, one day, he would end up being reprimanded by middle-aged people to the point of doubting life and crying rivers. He looked like a big, silly softie and a newbie who was easy to pick on!

Ning Wan decided to beat this neglected novice into shape—

“Fu Zheng, is it? The newcomers here must be obedient and discerning.”

“When I dig a pit, you fill the soil. When I eat meat, you drink the soup. When I go east, you can’t go west… In short, in this remote place which is beyond the reach of the central government, I am God here.”

Although he was a little silly, this newbie was a bit handsome, obedient, and tactful. She had gone soft on him and decided to impart him the half-assed ultimate skill she cultivated for a lifetime: how to shift the blame; how to loaf on the job; how to pay lip service to the boss?

She was very sincere and held nothing back—

“To tell you the truth, my unique skills are not without cost. I advise you to like me as soon as possible. Let me analyze the advantages of liking me and the disadvantages of not liking me…”

The big, silly softie, Fu Zheng, lost to the coercion and temptation and eventually succumbed. From that day on, he devoted himself to Ning Wan.

Half a year later, Ning Wan went to the annual meeting at the head office. While there, she was introduced to her new partner…

He was a vivacious, tall, handsome, and polite gentleman.

The other party grinned, “Hello everyone, I’m Fu Zheng. I joined this Institute, hoping to get rid of the bad atmosphere, such as: shifting the blame, loafing on the job, and paying lip service to the boss…”

‘Fu Zheng, you—! Goddammit! This has to be a premeditated fraud!’

*Note: Community lawyer provides legal services to the general public for free and gets remuneration from the law firms. Law firms get some benefits from the government in the form of subsidy, tax exemption, etc.