Beastly Fēi that Go Against the Heaven: Coerced by the Huáng Shū 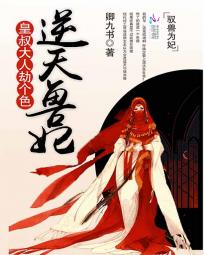 “Your Majesty, someone cursed the Imperial Concubine to be a demon star.”

“Cut his tongue and feed it to dogs.” A certain King said in a light and gentle manner.

“Your Majesty, someone’s hand accidentally bumped into the Imperial Concubine.”

“Chop his hand and feed it to wolves.” In an indifferent manner, a certain King said possessively.

“Your Majesty, someone said that the Imperial Concubine ran away.”

“Ran away?” A certain King’s sharp eyes narrowed, then said with a sneer: “It’s best if she doesn’t get caught by this King, otherwise this King will let her become aware of what ‘wanting to stop but can’t’ means**.

A modern era crossed over to become a wolf-girl. She originally believed that she could dance around with wolves, and in the end she truly did, but this ‘wolf’ was one of those wolves. He was a perverted wolf!!

* Imperial titles used in the description

Note that king is not like western kings, but more of a prince or son of the Emperor.