The Demon King’s Daughter is the World’s Strongest but a Shut-In! ~Shut Herself in an Abandoned Church to be Revered as the Goddess~ 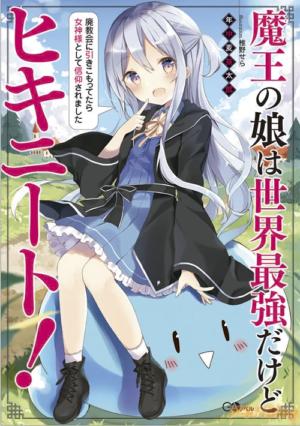 The strongest biological weapon made of the Great Demon King’s genes, Iris.

She was given a mission of eradicating the human race and unleashed on their lands.

They didn’t know that Iris had a disposition of a shut-in.

Ignoring her mission of destroying the humans, she shut herself in an abandoned church in the middle of the wilderness and lived a life of eating and sleeping.

However, the tremendous magical power emitted from Iris transformed the wilderness into fertile lands causing humans to gather in this place.

Like that, humans began to revere her as the Goddess.

Can Iris continue to maintain her NEET lifestyle any longer!?