After Being Approached by His Son’s Dad 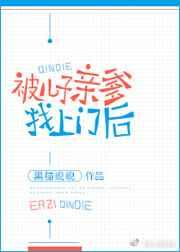 Five years ago, Gu Jiaming, who climbed out of the mountain nest, entered the entertainment circle in order to cultivate, and in order to overcome the shortcomings of emotional gaps, he used an excellent acting skill to hook up a Chinese “little nobleman” abroad. After a month of falling in love and feeling love, he ran away with guilty conscience after the other party proposed marriage.

Five years later, Gu Jiaming had become popular all over the country, but he had a four-year-old son beside him.

One day, the little handsome guy pointed at the man who took up the entire page in the financial newspaper and said, “Dad, this man looks like me!” Gu Jiaming glanced at the calm, handsome man in a suit and shoes in the newspaper, and asked with a guilty conscience, “He has an onion head, and his body is black and black like the top post. Are you sure you look like him?” That night, “Top Door Post” came to the door … Gu Jiaming, “My son, hide your tail!”