Your Majesty, I Want You 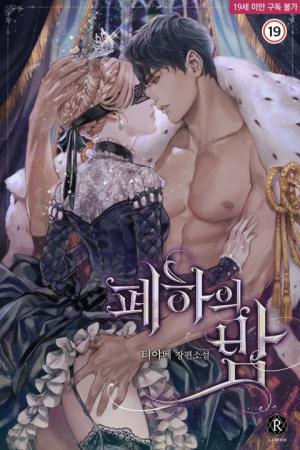 The 17th Emperor of the Empire was a woman. Purely thanks to the Duke of Roark was she able to overtake the throne against her brothers.

He was the emperor’s loyal supporter and every noblemen bow their heads and wag their tails at his command. Yet, despite his devotion, the emperor treats him coldly. But little does the public know that inside closed doors, she belongs to him.

In the dead of the night.

The door is wide open and the duke entered the emperor’s room without permission.

“Get out,” he said to the servants, eyes locked on the emperor.

The emperor looked at him and said, “I’m begging you, not today…”

Before him, her dignity was useless and authority whisked away. She was weak.

“Your Majesty, today you enchant me. I’m afraid I can’t hold it in any longer.” His eyes glided over her sweet body and tore her clothing apart without hesitation. “Sorry, I’m afraid that it may be a rough night.”