Branches On Both Hands 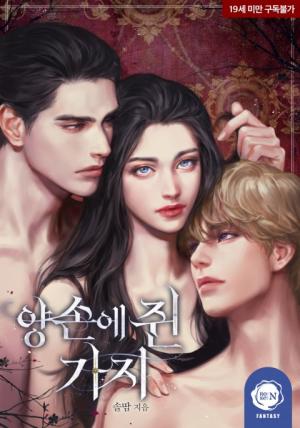 “Do you like me as I am? Beaten and bruised?”

“Well, you’re beautiful even when bruised. Call it a preference or a taste.”

Elysia was a lady of a noble family. Her future seemed bright, but when she married the handsome Dominic, her life turned upside down. Since then, she had lived a life of domestic abuse for the past eight years.

And then she met Enoch. His way of speaking surprised her. Enoch grabbed her wrist before she could come to her senses. His low voice rang in her hears, her shoulders shrinking unconsciously, her breathing shaking and fuzzy.

“I don’t know what I’d do if I end up embracing you. Will you allow me to seduce you? It would very much please me.”

“The trade is equivalent to an exchange.”

Killian tilted his head to the side. Soon, he let out a soft chuckle and sat on the sofa, saying softly, “Then take out what you have. I don’t know what it is, but is should be attractive enough. I don’t like cheap deals.”

Elysia raised her body, ignoring the pain. She took off her clothes that smelt like medicine. Standing before him with a limp, Killian raised his dark eyebrows.

“I know I look like this now, but if you wait a little longer…”

“Do I look that frightening to you that I would hold a battered woman?”