With One Smile, the Sword Tramples the Mushroom 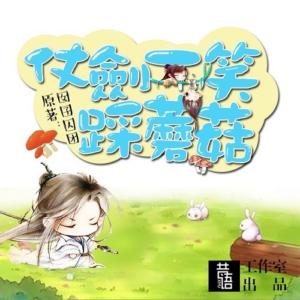 Once upon a time on Tianyan Mountain, there grew an evergreen tree next to a small dirt mound overlooking Soul Splitting Cliff. At the base of this tree was a dry, shriveled, and timid little lingzhi mushroom. Every day when people passed by, it would squeeze its eyes shut and think, ‘don’t pluck me for soup, don’t pluck me for soup…’

Until one day, a ray of white light shone down from the skies and turned her into a human. Or rather, she gave it her all so she could become human, up to the moment she met him.

As it turned out, he and she were both monsters. Though the world was so big, there wasn’t a place for either of them in it.

What are Demons, Monsters, Immortals, and Humans? Everything they did stemmed from a desire to share their warmth as fellow monsters.