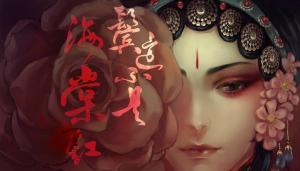 In the 1930s, a Beiping opera actor named Shang Xi Rui rose to fame because of his strong skills and talent but because he was not from the city, was suppressed by the locals. In order to keep his foothold in Beiping and fulfill his original promise to carry forward with opera, he persevered and committed fully to his art.

During this process, Cheng Feng Tai, a new wealthy businessman who had never watched Peking Opera before, grew deeply impressed with Shang Xi Rui after seeing his performance. Feng Tai intentionally sought out Shang Xi Rui, and became increasingly obsessed with Peking Opera under his influence.

With the help of Cheng Feng Tai, Shang Xi Rui overcomes many obstacles, rebuilds the Shui Yun Tower in Beiping, and trains a group of outstanding Peking Opera talents with far-reaching influence.