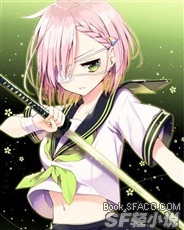 Sometimes it can refer to those people with special characteristics of which they had a initial good impression of you leaning towards a ‘dere’ state, and had eventually becoming mentally unsound;

But generally it refers to those people who were already mentally unsound, but were so strongly attracted to something to the point of unrelenting infatuation.

And……..when a group of yandere girls come to look for you, there’s nothing afterwards already.

(TL: there’s nothing afterwards already = it meant a bad end)