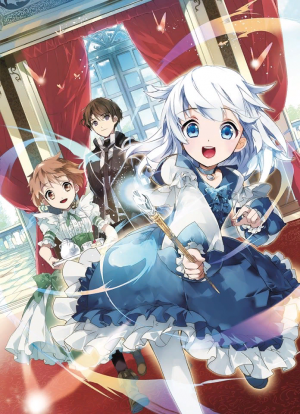 Solon who has been exiled by his comrade, met with half imprisoned lonely princess, Philia.

I had a meeting with you once, she said. She always believed the word from him that “as long you got magic knowledge people can be free”

With the request of his former instructor, Solon became the instructor of that girl. To protect that girl from the assassin, They were sleeping together inside a room with a barrier.

They always went together. From choosing magic staff to fighting ghosts. With that Philia’s training as a magician has started, but it looked like the main empire’s scheming figure was starting to move…..