True Daughter, She is the Almighty Boss 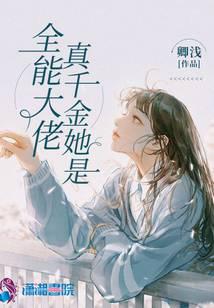 Ying Zijin, the former big man, woke up and became the youngest daughter of the Ying family who had been missing for 15 years, and decisively adopted a child to replace her.

After returning, everyone ridiculed her for not being smart and capable, sensible and elegant.

Her parents even regarded her as a family taint, and warned her not to think about the position of the eldest lady. If there is an adopted daughter by name, she should be acquainted, or she will be sent back.

While the Ying family was celebrating happily and everyone else was sitting and watching the real daughter’s joke, bigwigs from various fields were dispatched one after another—

The top-ranking actor with the top fan fighting capacity: Miss Ying, if you need anything, just ask.

Heir to the large conglomerate family who monopolizes the global economy: Ying Family? what? Boss, just kill it, right?

A genius teenager with an IQ of 228: My sister.

The man with the most enchanting face curled his lips and smiled lazily: “Well, call me brother-in-law.”

The identity of the true daughter of the original big boss was restored overnight, the whole network exploded, and the Ying family went crazy, crying and begging her to come back.

The International Giant Family: Excuse me, let me introduce, this is our eldest.